Red Shovel is a full-service Landscape and Groundskeeping company, and Licensed Contractor. Founded in 2004, by Kenny Grebe, the company has established a reputation of excellence, attaining a Five -Star Google Ranking. It is among the leading Landscape companies in the community.

The company believes that much of its success stems from its unmatched level of customer service. The company’s service credo is a “Servants Heart.” It means that employees are motivated by a love of their work and a desire to provide customers a level of service well above expectations.

Red Shovel provides its services to hundreds of home owners in the community as well as corporations that include Sandia Resort and Casino, and Cliff’s Amusement Park.

An Albuquerque native, Kenny founded Red Shovel Landscape Services in 2004. He has taken the company from a couple guys with a pickup truck to a branded leader of Green industry services, in New Mexico.

Scott brings over a decade of experience as a golf course superintendent and a degree from New Mexico State in Turf Management and Recreational Areas Management to his position at Red Shovel.

How can Red Shovel help you? 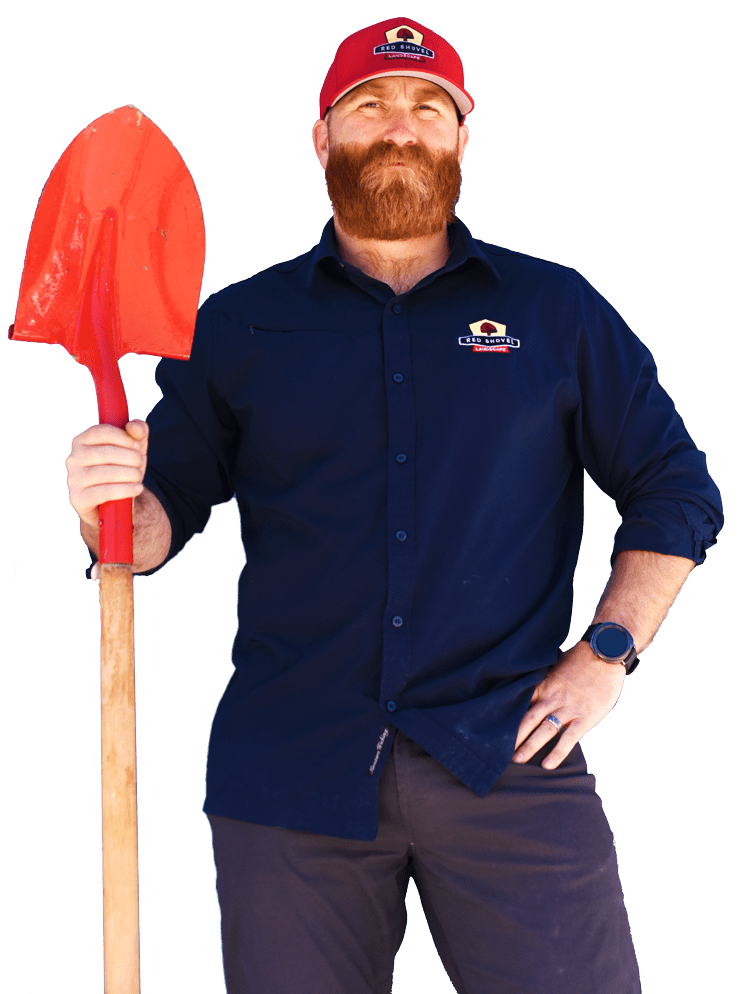